The Alley Cats Performed at the Higley Center for the Performing Arts in Gilbert, Arizona

The Alley Cats performed at the Higley Center for the Performing Arts in Gilbert, Arizona on February 10, 2020. They sang A Cappella on all the Doo Wop songs of the 50's and 60's including, 'Only You', 'Duke of Earl', 'The Lion Sleeps Tonight', 'I Wonder Why', 'Rama Lama Ding Dong', 'Stand By Me', 'Barbara Ann', 'Under The Boardwalk', 'La Bamba/Twist and Shout', 'Runaround Sue', 'Why Do Fools Fall In Love', and many, many more.

The Alley Cats' unparalleled Doo Wop show blends America's most known and loved music with comedy and showmanship that will have your audiences begging for their return! With their signature 90-minute Doo Wop show, their unforgettable Holiday show, and their acclaimed educational programs, The Alley Cats always serve up a great time!

As a nationally in-demand group, The Alley Cats have grown to accommodate their active touring schedule! All of our guys come with highly celebrated musical backgrounds and extensive resumes including Broadway shows, Television appearances, and Grammy nominations. The original founding members are still performing with the group today, and most of the Cats have been in the group for over 10 years.

With their tight, four-part harmony and delightful antics, these musical comics have been Jay Leno’s opening act for the past seven years. Additionally, they have opened for Jerry Seinfeld, Joan Rivers and have appeared on numerous television shows for NBC, CBS, and PBS. The Alley Cats have performed in concert all over the world alongside iconic groups such as The Coasters, The Drifters, and The Beach Boys. Most notably, they were featured with Jay Black as The Americans on the television special Pop, Rock and Doo-Wop. Proudly, The Alley Cats have had the special honor of entertaining US military troops serving in Iraq and Afghanistan, and have had the great privilege of being invited by The President of The United States to perform at The White House. 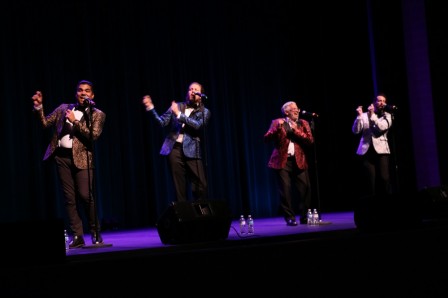 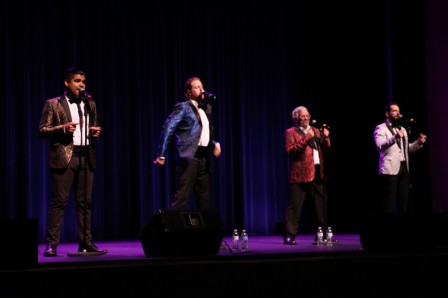 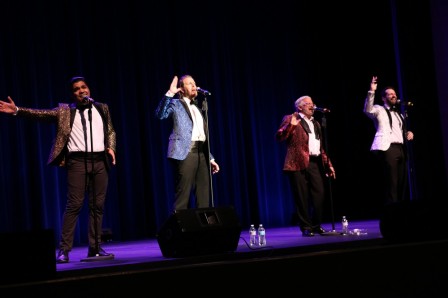 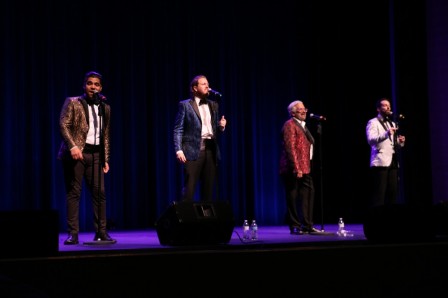 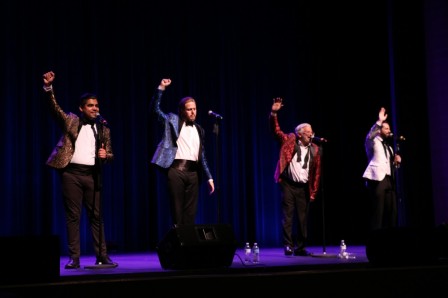 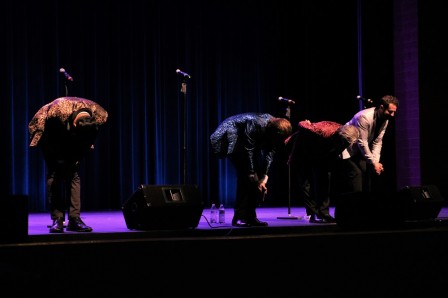 Rex Havens opened the show. He was a very good comedian. Havens had the audience laughing from his first joke to the last. For over 20 years, Rex Havens has entertained and educated audiences around the world (50 states, 15 countries and counting) with his insightful observations about the hilarious miscommunications that populate our personal lives. He offers two entertainment-based shows, “Everything I Needed to Know, I Learned From My Wife” and “Bidding You a Fond ‘I Do’“, a theater-style show. After decades of working with companies of every size in literally every industry, Rex has also created the defining presentation on how to build and maintain successful interpersonal relationships at work as well, both manager-to-employee and colleague-to-colleague: One Big Happy Family! Rex has performed in world-famous comedy clubs like The Improv, Catch-A-Rising Star, Funny Bones and Zanies, on television for Showtime, Comedy Central and Comic Relief, on radio with Bob & Tom and NPR, cruise ships worldwide, and corporate clients including GM, American Express, Texaco, 3M, Coca-Cola, IBM, Toshiba, Lowe’s, Johnson & Johnson, Ameritech, Proctor & Gamble, State Farm, Quaker Oats, Verizon and the IRS (“Working for the IRS is the only sure way to get money from them.”), and numerous non-profit and charitable organizations, such as St. Jude’s and the Make-A-Wish Foundation. A former college professor who made the unusual transition to the standup comedy stage in the ’80’s, Rex has always believed that laughter is the best defense against a confusing and challenging world. Rex’s take on marriage and family has propelled him to performances in all 50 states and around the world, including London, Hong Kong, Amsterdam, Bermuda, Montreal, Barcelona, Copenhagen, Aruba, Rome and Cannes. 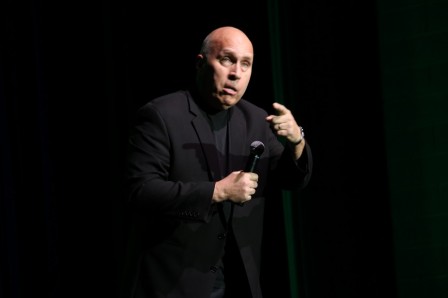 For more information on The Alley Cats, go to: https//www.thealleycats.com

Thanks For The Music The Alley Cats!