ACM Entertainer of the Year Nominee Makes Billboard Country Airplay Chart History For Most Consecutive No. Ones 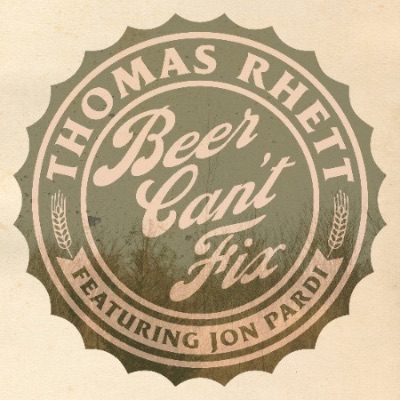 Multi-PLATINUM entertainer Thomas Rhett has earned his 15th career No. One hit as his current single “Beer Can’t Fix” feat. Jon Pardi summits both the Mediabase/Country Airplay and Billboard Country charts this week, having previously earned a multi-week run atop the Canadian country charts. The song marks Thomas Rhett’s ninth consecutive No. One, breaking the Billboard Country Airplay Chart record for most consecutive chart-toppers, while his “timely new release” (PEOPLE) “Be A Light” simultaneously breaks into the Top 25.

“I am blown away that this is my 15th #1 single,” Thomas Rhett said. "It’s a crazy time right now for everyone and it’s really fitting for me that a song I started writing with my buddies during a bad game of golf, and that features another good buddy, Jon Pardi, has maybe helped to bring a smile to people’s faces right now. I am beyond grateful to the fans and country radio and can’t wait to celebrate with everybody soon.”

5x ACM Awards nominee Thomas Rhett’s GRAMMY-nominated fourth studio album CENTER POINT ROAD is a return to his roots and connects fans to his past, weaving together autobiographical stories with familiar sounds that have propelled his meteoric career. CENTER POINT ROAD has spawned three No. One hits, PLATINUM lead single, “Look What God Gave Her” which was first introduced on SNL, “Remember You Young,” and “Beer Can’t Fix” ft. Jon Pardi, following a slew of RIAA-certified PLATINUM and GOLD chart-toppers, bringing Thomas Rhett’s No. One tally at Country radio to 15. Thomas Rhett earned his second CMA Triple Play award for penning three No. One songs within a 12-month period this year and was named Country radio’s most played artist of 2018, adding to his collection of trophies from the Country Music Association, Academy of Country Music, Billboard Music Awards, CMT Music Awards and more. For more information on new music and upcoming tour dates, visit ThomasRhett.com.