Nitty Gritty Dirt Band at the Higley Center for the Performing Arts in Gilbert, Arizona on August 29, 2020 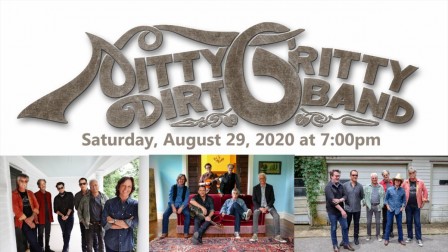 All six members also sing, and when their voices merge, the harmonies add a powerful new component for the legendary band. And with the father-son pairing of Jeff and Jaime Hanna, the band carries on a country music tradition of blood harmony.