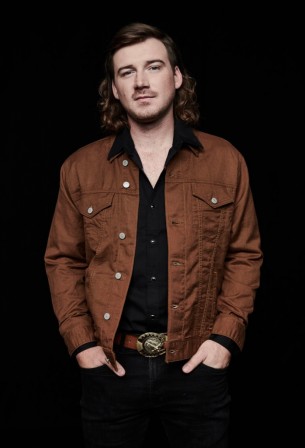 Proving himself as “the hottest country newcomer of the moment” (Variety), Big Loud/Republic Records’ Morgan Wallen is back atop both the Billboard and Country Aircheck/Mediabase Country radio airplay charts this week with his fourth consecutive #1 single, “More Than My Hometown.”

Written by Wallen with Michael Hardy, Ernest Keith Smith and Ryan Vojtesak and produced by Joey Moi, Billboard calls the PLATINUM certified chart-topper a “metaphor parade” with an “Eagles-like smoothness,” while HITS praises the hometown anthem as “a feel-good look at coming of age in the flyover that’s as true as it is pungent.”

“Thank you, country radio, my incredible fans and my relentless team for making this our fourth consecutive #1,” shared Wallen with Billboard. “Also, thank you to my co-writers for collaborating with me on this song and for just being some damn good friends. Happy Thanksgiving, everybody.”

“More Than My Hometown” previews Wallen’s upcoming 30-track sophomore record, Dangerous: The Double Album (1/8), and serves as his third #1 as a songwriter, the second from his own catalog of tunes. “The country song that everyone’s talking about” (Los Angeles Times) – “7 Summers” – is breaking new ground simultaneously, soaring through Country radio’s Top 30, and named one of TIME’s 10 Best Songs of 2020 (all genre).

Further teasing the project, Wallen released three brand-new songs last Friday (11/20) – “Somebody’s Problem,” “Still Goin Down,” and “Livin’ The Dream” – to massive fan response and critical acclaim. “Somebody’s Problem” skyrocketed to #1 on the Apple Music US Top Songs All Genres chart, with Billboard noting the song "follows up ‘7 Summers’ with a slower tempo and equally detailed lyrics…it’s age-old songwriting fodder, but Wallen makes ‘Somebody’s Problem’ sound fresh; he rolls over every syllable with easygoing panache, and knows how to push his charm to the front of a song.” Pre-order the hotly anticipated double album HERE.

ABOUT MORGAN WALLEN: Morgan Wallen has staked his claim as Country music’s next superstar with 3 BILLION+ on-demand streams, MULTI-PLATINUM certifications, and four consecutive chart-toppers. "Unapologetically fresh and modern” (The Tennessean), the dynamic Tennessee native has been riding a red hot streak since 2017, collecting accolades including the 2020 CMA Award for New Artist of the Year, Best New Country Artist at the 2020 iHeartRadio Music Awards, Billboard’s #1 song of 2019 on both the Hot Country Songs and Country Airplay charts (multi-week #1 “Whiskey Glasses”) and named one of PEOPLE’s Ones to Watch, plus high-profile features in the Los Angeles Times, Associated Press, The Washington Post, Genius, and more. Wallen proved crossover appeal with 3X PLATINUM Diplo collaboration "Heartless," and previewed his highly anticipated sophomore album, Dangerous: The Double Album due out 1/8, with New Year’s surprise drop “This Bar,” #1 single “More Than My Hometown,” and record-breaking Top 30 smash "7 Summers," which debuted at #1 on the Billboard Hot Country Songs chart and inside the Billboard Hot 100’s Top 10 while shattering first-day streaming records at Apple Music and Spotify.