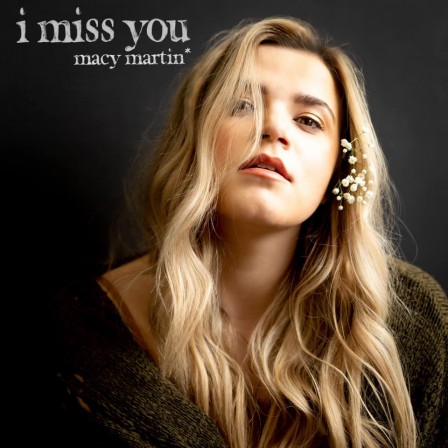 Nashville-based singer-songwriter Macy Martin released a new version of her current single “I Miss You”. The new take on the song features piano and follows the release of the original version that dropped in April.

The country pop track was co-written by Carly Pearce, Nathan Spicer and April Geesbright. Macy immediately connected with the track upon hearing it.

Macy shares, “When I heard ‘I Miss You’ for the first time, the immediate vulnerability and honesty of the first verse caught my attention. I knew I had to cut it because other people could relate to the emotions expressed in the song. The incredible group of songwriters behind it - Nathan Spicer, April Geesbright, and Carly Pearce – captured the perfect combination of beauty, pain, and growth in a three-minute lyric and melody.”

While fans can expect the music video for “I Miss You” to be released soon, her official music video for previous single, “Don’t Be The Reason” has earned nearly half a million views on YouTube.

ABOUT MACY MARTIN: Originally from Texas, Macy Martin has resided in Nashville the past four years while earning her music business degree from Belmont University. A recent graduate, she has built her music career at the same time, honing-in on her songwriting craft. A big contributor to her upcoming project is accomplished songwriter and producer Dave Pittenger (Jessie James Decker, Tyler Farr). Macy considers him a mentor and is proud to also call him a friend. Drawing influences from country, rock and pop, her latest work is composed of stories of young love and self-discovery. Following themes of growing confidence, Macy’s songs reflect more of a pop aesthetic with strong underlying country roots both vocally and instrumentally.