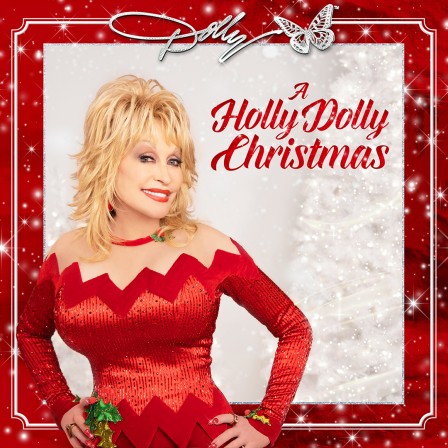 GRAMMY Award-winning entertainment and international icon Dolly Parton has released her Christmas album, "A Holly Dolly Christmas" today. Releasing on Butterfly Records in partnership with 12Tone Music, the album is her first holiday release in 30 years and includes some of the timeless Christmas songs we all know and love, as well as a few original tracks.

Five of the 12 tracks were written solely by Dolly with one additional co-write with Kent Wells. Duet partners and featured artists on the album include some of Dolly's dearest friends including Michael Bublé, Billy Ray Cyrus, Miley Cyrus, Jimmy Fallon, Willie Nelson, Darren and Rhonda Vincent, plus a special song with her brother, Randy Parton.