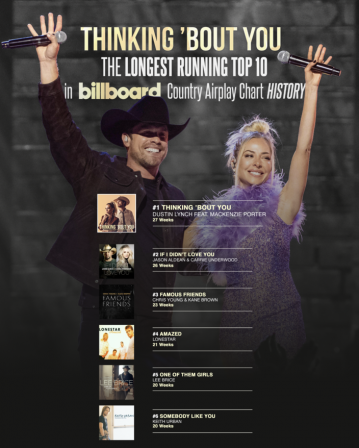 “Wow! Adding this stat to ‘Thinking ‘Bout You’ is so huge. It further validates what we all felt with this song, and it’s so rewarding to see it continue to connect with listeners,” shares Lynch.