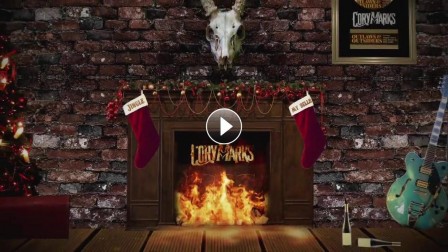 Country artist Cory Marks has released a lyric video for his rendition of The Tractor’s popular 90s holiday hit, “Jingle My Bells.” Marks’ rendition of the song carries the same rowdy feel as the original but kicks it up a notch with a supercharged tempo and a whole lot of fiddle. The new track is part of the compilation project “Christmas with Better Noise Music” and is now available HERE. The lyric video premiered on Black Friday with Hollywood Life and can be viewed HERE.

The lyric video is filled with Christmas staples, including stockings by a fireplace and an ornamented Christmas tree, while including some national pride with the American Flag being celebrated as “It’s Christmas in the U.S.A.” is being sung and displayed across the screen. The track is produced by Kevin Churko (Five Finger Death Punch, Shania Twain, Ozzy Osbourne) and was recorded at The Hideout Recording Studio in Las Vegas.

2020 has been a landmark year for the Country newcomer garnering over 33 million worldwide streams and a critically acclaimed debut album, WHO I AM. Marks’ debut was released in Aug. This year, it reached #1 on the Country Digital Songs Sales Chart, #3 on the Top New Artist Albums Chart, and #3 on the Canadian Country Albums Chart. Billboard praised the newcomer for his "shape-shifting" styles on the debut record, displaying apparent ties to the Country genre (Highlight tracks: "My Whiskey Your Wine" and "Drive"). Listen to WHO I AM here: https://corymarks.ffm.to/whoiam.bio

An Easter egg hides within the lyric video, hanging on the wall by the fireplace a GOLD certified record decorates the space for Cory's breakthrough single "Outlaws & Outsiders." Marks launched his rise to fame with the successful crossover track featuring Country music icon Travis Tritt, Ivan Moody of Five Finger Death Punch, and Mick Mars of Mötley Crüe. Shortly after its release, the song became a global hit, with over 33 million streams worldwide and now is quickly closing in on GOLD certification in Canada by the year's end. It trended globally on the Shazam discovery charts, ranking among the greatest songs of all genres - including songs by Black Eyed Peas, Billy Joe Armstrong, and G-Eazy - illustrating the appeal of Country-Rock music that transcends beyond genre lines.

Full of autobiographical storytelling, guitar-driven anthems, drinking songs, and breakup ballads, Marks’ debut album WHO I AM is rooted in the influence of his hometown, where he grew up surrounded by the salt-of-the-earth residents of North Bay, Ontario. The rising star and his new music have already earned placements in film. “Outlaws & Outsiders” is included in the SNO BABIES movie soundtrack, a powerful film that deals with the topic of substance use disorder in the places you would least expect – middle-class suburbia. Marks’ song, “Blame It on The Double,” will appear on another soundtrack, Better Noise Films release, horror spectacular - THE RETALIATORS.

About Better Noise Music: Better Noise Music, a division of Better Noise Entertainment, is a content company that creates music, books, films, documentaries, theatrical productions, tours, and television that provide opportunities to reach audiences in unique and impactful ways. More than a record label, the company develops and nurtures artists and brands. Founded by music industry veteran and independent pioneer Allen Kovac in 2006 as Eleven Seven Music, the company grew into the music industry’s global rock powerhouse by emphasizing artist development and diversification while maintaining its indie roots. 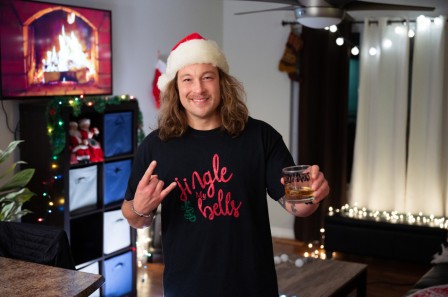