« THOMAS RHETT DELIVERS HIS “MOST SUBSTANTIVE - Martina McBride Is Joining The Judds On Tour! » 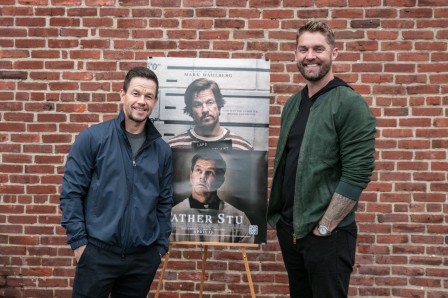 Multi-PLATINUM entertainer Brett Young shares “Long Way Home (From The Motion Picture “Father Stu)” via BMLG Records. The new song is featured in the upcoming Sony Pictures film Father Stu, which hits theaters on Wednesday, April 13. Written for the screen and directed by Rosalind Ross, the film stars Academy Award Nominee® Mark Wahlberg – who also serves as a producer – in the titular role. Young penned this new track for the movie alongside Shay Mooney and Bear Rinehart — both of whom also provide background vocals — and producer Jimmy Robbins. Listen here and watch here,

“I met Mark at a golf tournament a few months ago,” Young shared. “We connected pretty quickly and he told me about an incredible project he was working on, and asked if I’d be up for writing a song to capture the spirit of the movie. Within a few hours I was flying home with Shay, Bear and throwing ideas around and after watching an early screening the next day, we brought Jimmy in to help us put together something that we thought would be a perfect fit.”

Based on a true story, Father Stu is an unflinchingly honest, funny and ultimately uplifting drama about a lost soul who finds his purpose in a most unexpected place. When an injury ends his amateur boxing career, Stuart Long (Mark Wahlberg) moves to L.A. dreaming of stardom. While scraping by as a supermarket clerk, he meets Carmen (Teresa Ruiz), a Catholic Sunday school teacher who seems immune to his bad-boy charm. Determined to win her over, the longtime agnostic starts going to church to impress her. But surviving a terrible motorcycle accident leaves him wondering if he can use his second chance to help others find their way, leading to the surprising realization that he is meant to be a Catholic priest. Despite a devastating health crisis and the skepticism of Church officials and his estranged parents (Mel Gibson and Jacki Weaver), Stu pursues his vocation with courage and compassion, inspiring not only those closest to him but countless others along the way.

Young has captured the hearts of fans everywhere through his honest lyrics and West Coast-meets-Southern sound, aptly dubbed “Caliville” style. With an undeniable string of No. 1s and two albums defined by a transcendent romantic spark, he has cemented his status as Country’s master over matters of the heart. The star broadened his emotional scope on WEEKENDS LOOK A LITTLE DIFFERENT THESE DAYS following his GOLD-certified sophomore effort TICKET TO L.A., which debuted atop the Billboard Country Albums chart. Young’s PLATINUM self-titled debut dominated the Top 20 on the Country Albums chart for 37 weeks and has contributed to 5.5 billion streams globally. He was named ASCAP’s 2018 Country Songwriter-Artist of the Year for his “melodic craftsmanship” (Billboard) and has also garnered nominations from ACM, Billboard, Teen Choice, CMT and CMA Awards. Racking seven consecutive chart-toppers, Rolling Stone deemed Young “one of country’s most consistent radio stars.” 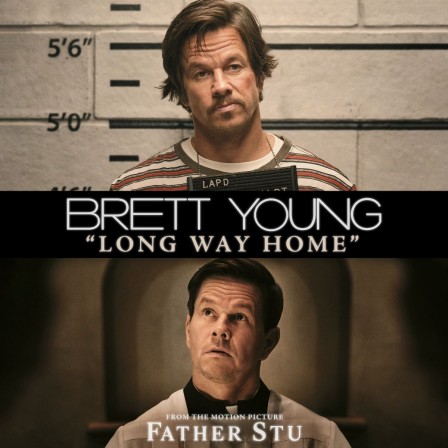