National program has donated nearly 3,500 of musical instruments to schools throughout West Virginia 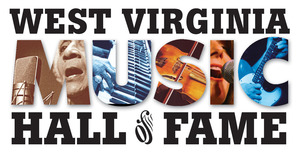 Chiho Feindler, Senior Director of Programs and Policy for the Save The Music Foundation, and Randall Reid-Smith, curator for the West Virginia Department of Arts, Culture and History will accept the award at the WVMHoF’s eighth induction ceremony.

“Save The Music Foundation has been actively granting throughout the great state of West Virginia since 2009 in partnership with WV Department of Arts, Culture and History,” said Feindler. “Receiving this prestigious award from WV Music Hall of Fame means so much to us as we are very invested in both the state and its students.”

The living inductees - Ethel Caffie-Austin, Sonny Davis, Larry Groce, and Mayf Nutter - will be present to accept their awards and perform. In addition, there will be performances by Pat Boone, Charlie McCoy, Tim and Mollie O’Brien, John Ellison, Jesse Milnes and Emily Miller, Vince Herman, Annie Neeley, and Trevor Hammons. The house band will be led by 2008 WVMHoF inductee Charlie McCoy.

The show hosts are Leftover Salmon founder Vince Herman and Emily Miller of The Sweetback Sisters.

Doors will open for the gala ceremony at 7 p.m. Showtime is 7:30 p.m. General admission and VIP tickets are now on sale.

General admission tickets to the ceremony are $75 in advance or $95 at the door. VIP tickets are $250 and include preferred seating at the ceremony, admittance to the VIP Reception at the Governor’s Mansion on April 3, and the after-show party at Charleston Marriott Town Center on April 4.

Tickets are available at Taylor Books in downtown Charleston, and through The West Virginia Music Hall of Fame web site (www.wvmhof.com) and the WVMHoF office (304/342-4412).